Selling health insurance policies across state lines has been a key item in Republicans’ Affordable Care Act (ACA) alternative reform proposals. But only about 5 percent of the policies sold in the United States are to individuals.

There are many reasons for the paucity of sales, including the lack of employer-based tax advantages and inadequate financial value for agents selling policies one at a time.

Multiple versions of “cross-state selling” exist. One allows individuals to purchase insurance from any state, in theory increasing choice and circumventing some burdensome and expensive home state coverage mandates. Critics argue that insurance products will be promoted from states with worse coverage and the fewest consumer protections. 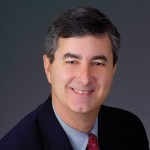 Another criticism is that insurers will relocate to states with the weakest consumer protections, in essence, creating a “rush to the bottom of the barrel.”

As the concept matures, however, there is another version: “competitive cross-state selling.” That is, let the states compete.

Today, consumers are excluded from any option to purchase insurance under the other 49 states’ laws. Under “pure” cross-state selling, products in all other states would be available for sale. The best approach is state-based competition, providing a solution with a surprise “Super Bonus.”

These basic requirements could include having a State Guarantee Association or policies that do not have adequate provider networks. Not every state has a health insurance Guarantee Association requiring other insurers to assume policies if the issuing company goes bankrupt. It is reasonable for an Insurance Commissioner to reject such policies sold in their state.

What about the “Super Bonus?” The major problem of any national health reform legislation (Republican or Democrat) is that at some point the federal government usually defines what is covered and what is not. For example, the Affordable Care Act mandates 10 Essential Health Benefits.

When states compete for national marketing of their home state insurance companies, no single or centralized source, board or bureaucracy sets the benefits. Benefit provisions and coverage would be developed based on market demands and competition, not lobbyists and politically connected vendors.

Interstate competition for optimum national marketing will create a rush to an acceptable “consensus middle.” Those competitive cross-state selling approach would create a free-market framework for expanded sales of individual insurance policies.

The approach is no silver bullet; the discriminatory tax treatment and the poor distribution system for selling individual polices require separate legislation and creative solutions. Opponents of alternative health reforms are prone to dismiss the catchphrase “cross-state selling.” Rather than taking the easy political shot of, “No, because…” however, it would be more productive to work across ideological lines with a “Yes, if…” attitude that seeks out benefits and protections for health care consumers.

Ronald E. Bachman FSA, MAAA, is a Senior Fellow at the Georgia Public Policy Foundation, an independent think tank that proposes market-oriented approaches to public policy to improve the lives of Georgians. Nothing written here is to be construed as necessarily reflecting the views of the Foundation or as an attempt to aid or hinder the passage of any bill before the U.S. Congress or the Georgia Legislature.