Repeal and replace is on-again, off-again, but that doesn’t mean the rules affecting your insurance will remain unchanged.

The Trump administration’s proposed rule aimed at stabilizing the health law’s insurance marketplace could have rapid, dramatic effects on people who do not get insurance through work and buy it on the Affordable Care Act’s exchanges.

If these changes hold up in the final draft, expected out soon, look for a shorter enrollment window, tighter vetting of people who sign up outside of those open periods and efforts to penalize consumers who don’t maintain “continuous coverage.”

The controversial proposal by the Health and Human Services Department drew letters from nearly 4,000 organizations and individuals during an unusually short, 20-day public comment period that ended in early March. Consumer groups hate it, saying it would wreak havoc by making it harder to get coverage. But such experts as Christopher Condeluci of CC Law & Policy in Washington, D.C., say it’s helpful for insurers, though more adjustments are necessary.

“Does it meet all the carriers’ ‘asks’ when it comes to what changes are needed? No, I don’t think it goes far enough,” said Condeluci, a former staffer to the Senate Finance Committee who specialized in insurance issues. 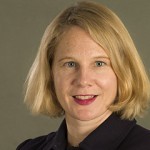 Sabrina Corlette, who studies the individual marketplace for the Center on Health Insurance Reforms at Georgetown University, said the directive could result in fewer healthy enrollees — which insurers also would not like — and don’t address some of the biggest concerns for the industry, such as the fate of federal subsidies that help low-income consumers pay deductibles and other out-of-pocket costs. “This is nibbling away at the margins,” she said.

If You Owe, You Pay First

Consumers would have to repay past-due premiums from the previous 12 months before being granted new coverage if they sign up with the same insurer, under the proposed rule. Because the law allows a three-month grace period before people who haven’t paid premiums are kicked out of coverage, a consumer’s overdue premiums could tally hundreds of dollars — even more than $1,000.

The move aims to discourage people from gaming the system. Insurers say a person with a bad knee, for example, might enroll and pay just long enough to get an expensive knee replacement, then stop paying premiums.

Wait, warn consumer groups and the National Association of Insurance Commissioners. There might be legitimate reasons people stop paying premiums — billing errors that are not the fault of the consumer, for example, or the loss of a job. By making such a change, the groups argue, the administration would violate a key part of the health law that requires insurers offer coverage to just about everyone who applies. Under the proposal, “only those who can rapidly come up with a possibly significant sum of money by a given deadline can be guaranteed access to coverage,” wrote Families USA.

Some insurers recommended broadening that proposal to include “unpaid premiums for any prior coverage year.”

Open enrollment for next year would shorten to six weeks, down from three months. While opening day would remain the same, Nov. 1, the proposal would close the marketplace Dec. 15 instead of at the end of January. That period “provides sufficient time for consumers to enroll,” the administration says, and would mean all who sign up would have a full year of coverage starting Jan. 1.

The shorter time period, the administration notes, could also reduce “adverse selection” by trimming the number of people who wait until they find out they have a health problem to enroll. Consumer groups argue the proposal could backfire, because those who tend to wait until the last minute to sign up are often the youngest and healthiest — and they may miss the enrollment window if it is shorter. Additionally, the proposed deadline falls around the holidays, when money and time are often tight, which could have a chilling effect.

Prove You Have A Reason — And Maybe Prior Coverage

The ACA allows people to sign up outside the open enrollment period for a variety of special reasons, such as moving, losing coverage, getting married or having a child. This provision has always been a sticking point with insurers, who have maintained that too many customers acting during the special enrollment period were sicker and costlier than average. They also feared some of those customers might have been taking advantage of this option. In response, the Obama administration tightened some of these requirements last year and announced it would run a pilot program starting this summer to randomly select half of all special-enrollment applicants for verification review, with coverage held until documentation was provided.

Under the proposal, the Trump administration would require 100 percent of those applications undergo preapproval verification, starting in June. Consumers would have to provide documentation proving they qualify for special enrollment before getting coverage. The administration also proposes that for marriage, at a minimum, one member of the couple would have to prove they had health coverage for at least one day in the two months before their nuptials.

Consumer groups are unhappy with the pre-verification idea — and the extra marriage requirement for prior coverage. Particularly hard hit would be couples who were uninsured previously because they could not afford coverage as singles — or could not get it under their state’s Medicaid rules. Additionally, advocates and some regulators say requiring newlyweds to prove prior coverage violates the health law.

Still, the Trump administration asked whether continuous coverage rules should be extended to all special-enrollment customers, not just those getting married. Perhaps people should prove they had coverage for the previous six to 12 months, the administration suggested, or else face a waiting period or financial penalty.

The health law uses a complex formula dividing plans into metal tiers — bronze, silver, gold and platinum — based on an average percentage of a typical year’s health care bills they cover. Bronze plans, for example, currently must cover an average of 60 percent of costs, while a silver one is 70 percent — and insurers are allowed wiggle room of plus or minus 2 percent around those averages. The Trump proposal would tweak the formula, allowing insurers to create plans with larger variations around the average. (It exempts certain silver plans for low-income consumers from the change.) So, for example, a bronze plan might cover only 56 percent of costs and silver 66 percent. Insurers say this would allow them to create plans that appeal to more customers, particularly those looking for lower premiums. But critics say the move would increase deductibles.

One big problem in boosting enrollment is that many potential consumers — particularly younger, healthier ones — say premiums are too high. But adjusting the law in this way could raise deductibles and other cost-sharing requirements, which consumers might dislike even more. While the health law sets a maximum cap per year on such payments, for many those deductibles are already thousands of dollars annually. Under the proposal, deductibles could increase by more than $1,000 a year, according to advocacy group Families USA’s analysis.

Please, May I Have Some More?

Topping insurers’ wish list for other changes, which would require legislative action by Congress, would be permanent federal financial support for insurers that face high-dollar claims from some policyholders in order to hold down premium costs across the board. Insurers also want a surcharge for people who let their coverage lapse and the permission to charge older people five times more than younger ones, a practice known as “age rating.” The current limit is 3:1. Widening that ratio could lower premiums for young people but cause big hikes for older ones, especially those over 45.

Cigna would like to see an “appropriately funded system of state-designed high-risk pools,” where people with costly illnesses could be sent. So, those with cancer, heart disease or other illnesses would be shunted into those pools, reducing spending — and perhaps premiums — for all remaining in the regular pool. High-risk pools historically, however, have been underfunded, often leading to expensive premiums for enrollees, wait lists or annual limits on care.