Through a partnership with the Pennsylvania Insurance Department, Pennsylvanians now have a plan-comparison tool built to achieve that goal at pa.checkbookhealth.org. The tool compares not only plans on the public Exchanges but also plans that are not on the Exchanges.

The tool is developed and hosted by Consumers’ Checkbook, a nonprofit organization with 40 years of experience helping consumers choose health plans, doctors, hospitals, and other providers. Checkbook has also created similar tools in Illinois, Missouri, Minnesota, Vermont, and Washington, D.C. 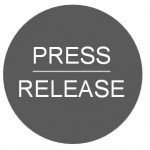 The pa.checkbookhealth.org plan comparison tool shows the consumer immediately what the consumer needs to make a good plan choice:

A single dollar-amount actuarial estimate of average total cost in each plan (premium, after any available government subsidy, plus out-of-pocket costs) for someone with the same family size, ages, health status, and other characteristics as the user;

Risk in the plan—the cost in each plan if the user’s health care usage in a year turns out to be very high and the chances of having such a year;

An overall measure of the quality of care and service in each plan, giving the user the opportunity to personalize the weights given to various dimensions of quality, ranging from ease of getting doctor appointments to speed and simplicity of claims payment to quality of care for diabetes patients;

If the consumer is prescribed any medications, these can be entered to check if their prescriptions are covered by the plan.

A display that lets the user see multiple plans on the same webpage, rather than forcing the user to go from page to page to see available plans, while remembering the key facts on each plan.

This combination of features is not available anywhere else. Most consumers can make a good plan choice using this tool within about five minutes, although consumers who want to take the time can drill down for extensive detail on each plan.

“Shopping for health insurance and keeping track of what each plan offers can be confusing and, at times, overwhelming,” said Commissioner Miller. “Using this plan comparison tool helps consumers get a holistic view of the details of plans and how their differences may impact costs and access to care.”

Without a good plan comparison tool, consumers tend to use shortcuts like looking for a plan with the lowest premium, the lowest deductible, a brand-name they recognize, or a specific in-network doctor. And they often end up spending thousands more than they should, getting poor customer service, not having the doctors that would be best when they need them, or coming up short in other ways.

For example, a specific family in Pittsburgh shopping based on premium alone and choosing the lowest-premium plan would probably end up spending about $5,000 more in the coming year than it would spend if it chose a plan with a higher premium but lower projected out-of-pocket costs.

A novel feature in the plan comparison tool now available to Pennsylvania consumers is that it compares side-by-side plans that are available on the Affordable Care Act Exchange (the Federally Facilitated Marketplace) and also plans that are not on that marketplace. There has been substantial publicity about some insurance carriers pulling some or all of their plans off the Exchanges. And for some consumers there will be substantial savings from selecting off-Exchange plans. For example, a 44 year-old husband and wife in Harrisburg in good health with a $65,000 income can expect to have annual costs about $2,000 lower with an Aetna off-Exchange plan or a Keystone off-Exchange plan than with the lowest cost on-Exchange plan.

A tool like the one Checkbook has developed in partnership with the Pennsylvania Insurance Department, with on- and off-Exchange plans, illustrates a model that could exist, enabling consumers to compare all plans available in a market, even if the Affordable Care Act Exchanges were to disappear.