Top Pennsylvania officials issued a statement regarding the implications of repealing the Affordable Care Act.

The following is their statement:

Commissioner Miller highlighted the advancements the Affordable Care Act has made in providing quality coverage for all Pennsylvanians. Because of the Affordable Care Act, more than 6.1 million Pennsylvanians benefit from access to free preventive care services, 5.4 million cannot be denied health insurance coverage due to a pre-existing condition, and 4.5 million are no longer subject to annual and lifetime limits that used to be placed on covered benefits. These protections benefit all Pennsylvanians and are not limited to those who receive coverage through the Medicaid expansion or a plan purchased on the exchange. 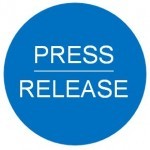 Commissioner Miller urged lawmakers in Washington, D.C. to keep the voices of consumers who are positively impacted by the Affordable Care Act in mind when considering the law’s future.

“We need to focus on building on the progress we’ve made since the health law was passed instead of undoing the system and starting from scratch,” said Commissioner Miller. “While the Affordable Care Act isn’t perfect and there are certainly improvements that could be made that would address the overall issue of rising health care costs and lead to a more viable, attractive market that provides more options to consumers at competitive prices, these are not the conversations that are taking place.”

If the ACA were to be repealed, Pennsylvania could lose 137,000 jobs in 2019, almost all in the private sector and would reduce gross state product by $76.5 billion and state and local tax revenue by $2.4 billion between 2019 and 2023. Over the next 10 years, ACA repeal is estimated to result in nearly $36 billion less federal funding for health care for Pennsylvanians and $7.8 billion more in state spending.

“Make no mistake — repealing the Affordable Care Act will impact millions of people in Pennsylvania and around the country. Even individuals and families who have health insurance coverage through an employer will feel the effects of this,” said Commissioner Miller. “However, as we discuss the future of the Affordable Care Act and the implications of a repeal, we cannot talk about impacted individuals as numbers only. These are real people whose ability to access and afford necessary health care is at risk.”

Secretary Murphy shared how the loss of public health funding connected to the Affordable Care Act would impact health departments at state and local levels. Funding goes towards services like vaccines for children and adults, cancer screenings for eligible underserved women, and addressing risk factors for chronic diseases such as diabetes, heart disease and obesity. Money from the Prevention and Public Health Fund also helps the state work against the opioid crisis by supporting opioid monitoring programs and provides grants for research to prevent, detect, and respond to infectious disease outbreaks.

“Repealing the Prevention and Public Health Fund would resonate beyond the federal level and hit state and local health departments hard,” said Secretary Murphy. “Our job is to ensure the health and safety of all our citizens, but especially to protect our most vulnerable populations including children, seniors, and low-income Pennsylvanians. The loss of this funding in the coming years arrives at a time when major health threats, like infectious diseases and the opioid epidemic, are on the rise. The PPHF is vital to help protect the health of the nearly 13 million people who call Pennsylvania home.”

If the Affordable Care Act is repealed, state and local health agencies could lose nearly $112 million from the Public Health Prevention Fund over five years.

“As a result of the ACA, Pennsylvania has its lowest uninsured rate in history and more than 700,000 Pennsylvanians received coverage through the Medicaid expansion,” said DHS Secretary Ted Dallas. “Repeal without replacement would have a devastating impact across the state and leave hundreds of thousands of Pennsylvanians without access to health care.”

The Wolf Administration officials were also joined by three consumers who shared how the Affordable Care Act has impacted their ability to access and afford care and their overall health.

“The ACA protected me. The insurance industry, under the old system, could have cast me out and all those expenses would have been mine. The ACA saved my financial life,” said consumer Carl Goulden of Carlisle, who faced rising costs in premiums due to pre-existing conditions before going on a marketplace plan when the ACA was implemented. “If this bill is replaced or repealed, we go back to those days.”